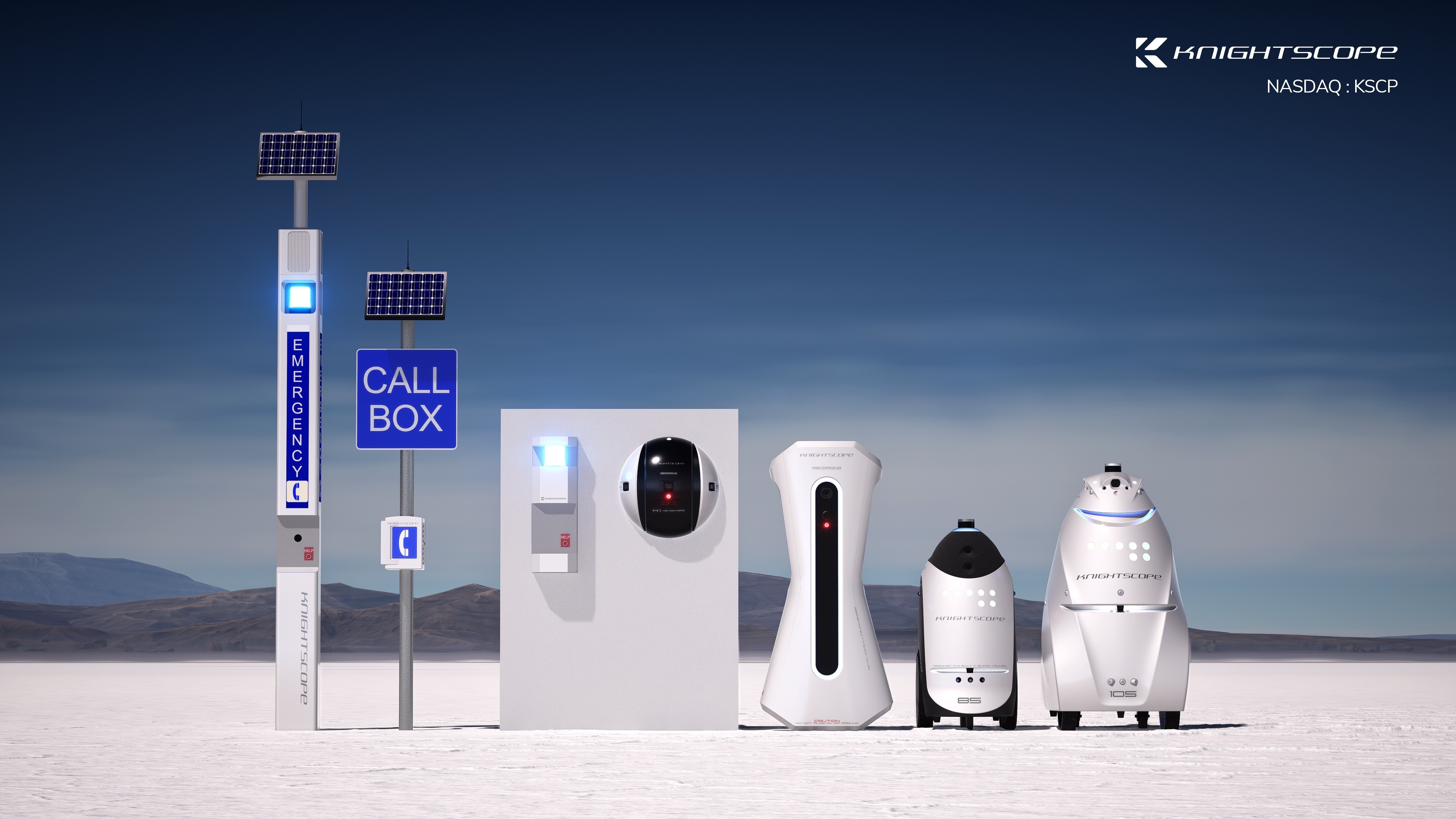 MOUNTAIN VIEW, Calif.–(BUSINESS WIRE)–Knightscope, Inc. (Nasdaq: KSCP) (“Knightscope” or the “Company”), a leading developer of autonomous security robots, today announced the signing of a definitive agreement to acquire CASE Emergency Systems (“CASE”) and to close on the transaction during October. The acquisition is planned to boost the company’s revenues while increasing its positive impact on the safety of communities nationwide.

CASE is a leader in blue light emergency phones and an innovator in next generation wireless emergency communications technology, providing Knightscope with a strategic entry into a nationwide market. Audited full year results reflect CASE generated over $5.4 million of profitable revenue in 2021. The accretive transaction provides a significant increase in physical presence to Knightscope with over 7,000 devices currently deployed across the United States, 9 production and logistics facilities spread throughout California, Texas and New York, and a seasoned team located across 4 states.

The Knightscope management team intends to grow the Company organically as well as add to its core solutions portfolio through future, opportunistic acquisitions based on a target’s revenue, free cash flow, technology, talent, and facilities.

The CASE transaction is structured as an asset purchase. In connection with the acquisition, Knightscope entered into a convertible notes offering with an accredited investor, generating cash proceeds to fund a majority of the acquisition, with such notes having an initial conversion price of $5.00 per share, subject to adjustment in the case of certain dilutive issuances and other events. Further details regarding the acquisition and the convertible notes are included in a Current Report on Form 8-K filed with the SEC.

As part of the transaction, Sebastian E. Gutierrez, founder, president and CEO of CASE, is joining Knightscope as Sr. Vice President of Public Safety Infrastructure Development.

“In order to achieve our long-term mission of making the United States of America the safest country in the world, we must drive a massive upgrade to our Nation’s public safety infrastructure. Knightscope intends to do that by leveraging our current and future technologies in a major overhaul and expansion effort nationwide working closely with our clients – building on what CASE has built. We welcome the CASE team to the Knightscope family, and together we will accelerate our journey to a safer, brighter future with innovative technologies and comprehensive public safety solutions,” said William Santana Li, chairman and chief executive officer of Knightscope, Inc.

“CASE is excited to team up with Knightscope, and we see a great deal of synergies from revenue generation to new technology development to economies-of-scale. We look forward to putting our expertise in public safety, wireless communications, solar, and operations to work in pursuit of our shared mission,” said Sebastian E Gutierrez, president and chief executive officer, CASE Emergency Systems.

Knightscope is an advanced security technology company based in Silicon Valley that builds fully autonomous security robots that deter, detect and report. Knightscope’s long-term ambition is to make the United States of America the safest country in the world. Learn more about the Company at www.knightscope.com. Follow Knightscope on Facebook, Twitter, LinkedIn and Instagram.

Since 2008, CASE Emergency Systems has been providing peace of mind through leading-edge communications and safety technologies. Its mission from the beginning has been simple: To develop and maintain innovative and reliable products for educational campuses, office parks, transportation authorities, public safety industries, and the thousands of people they serve. In doing so, its goal is to build long-term relationships that further people’s safety in all the places they live, work, play, and visit by ensuring that access to help is right at their fingertips. Learn more at www.CASEemergencysystems.com

As a Vendor in the Emergency Callbox Realm, I find CASE Emergency Systems to be one of the most efficient and well thought-out product lines that I deal with in the 911 industry. Their Callboxes and Emergency management systems are second to none. Engineered to be backward compatible the reliability will stand the test of time. I personally promote their products because they are nearly bomb proof! Their customer service and small business feel helps you to meet your priorities. Without a doubt I recommend you look into CASE Emergency Systems for any of your Safety/911 needs.